Come to Colorado to experience a state whose economy is as diverse as its geography.

Colorado: Study in the Raw American West
Settled by Native Americans for over 13 millennia, well before being discovered by Spanish explorers and later made a US state, Colorado is a place that embraces its rugged history and geography as much as its culture and industry. Colorado's nature alone makes it a state of unmatched grandeur and beauty. From its mighty rivers to its inspiring Rocky Mountain peaks, Colorado offers perhaps the last true incarnation of the American West, not to mention a thoroughly diverse setting for students pursuing higher education.

Colorado Schools Directory:
Industry in Colorado was originally rooted in mining, expanding in the late 1800s to include farming and ranching. Today, Colorado's agricultural output still contributes significantly to the state's economy and even boasts the largest annual production of beer in the entire nation. Other industries of note to students pursuing degrees in Colorado include: Scientific research and high technology, Transportation. Great schools are located all over the state, but students looking to pursue their studies in regions that also offer strong job markets may wish to concentrate their college search on cities such as Colorado Springs, Boulder and Denver. Colorado makes a fantastic choice for students who love the outdoors and seek a variety of nature-based activities (such as skiing/snowboarding, mountain biking, trail running, to name just a few) as well as world-class food and wine, culture and industry.

Congratulations! Your interest in CollegeAmerica is an important first step toward changing your life. A career-focused degree is the key to a new career with a potentially higher income, better benefits, and more satisfaction. 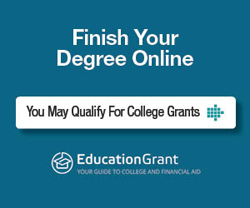